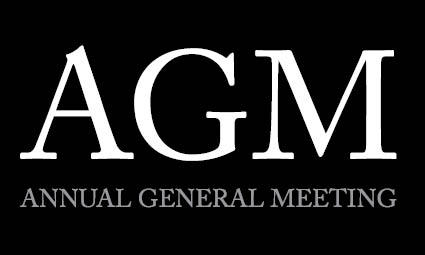 On a beautiful summer evening the members of the club gathered in the Bob Trewin Pavillion for the 2015 AGM.  As usual it was an action pack agenda led by President Drew Ashton.

Some of the key highlights from the event that is important to be shared with the wider club:

New faces to the Executive Committee

With vacant positions due to the stepping down of office bearers, we welcome 3 fresh faces to Executive.

Mike Brooks joins the board in the role of President of the Junior Unit, a position that is extremely important in ensuring that the future of the club is bright.  Mike has a young daughter Nicola playing in the junior unit and has some great ideas on the direction the junior unit should take going forward.

Di Hansen has joined the Executive in the role of Women’s Unit President. Di is a current player in the Women’s Metro teams and has a young daughter Lara and son Lucas who are both active players in the club’s junior ranks.  Great to see a parent and player at our club stepping up to fill such an important role.

Simon Leung is the Men’s Unit’s new president for season 2016. An active player and coach at the club, he’s decided to take the next step and get involved in day to day running of Waverley and share his passion for success.

Stephen Jarvis, long time Premier League player at the club joins the executive as a general committee member. He has a great passion for the club and after coaching many a junior team, it’s great to see him take the next step into the ranks of the committee.

Welcome aboard Mike, Di, Simon and Stephen, we thank you for getting involved and leading this club as we embark on another successful hockey season.

Drew announced to the caucus a new structure being put in place for the club.  The idea behind restructuring the way the club operates is to enable more opportunities for members to participate in the running of the club and provides opportunities across a broad range of time-requirements.

Below is a breakdown of the subcommittees and their responsibilities:

The Treasurer is generally the Chair of the Finance Sub-committee which is responsible to the Executive Committee for:

The house sub-committee is responsible for the management of the facilities at the Club including the clubhouse, all areas within the fence at Ashwood Reserve and any associated matter or location, ie, car park.

The Event Sub-Committee is responsible for the organisation and management of all events for Club members including, but not limited to:

but does not extend to on-field activities such as summer competitions (mens, womens and junior sub-committees are responsible for these activities).

It is envisaged that the Event Sub-Committee will enlist the help of other Club members to run individual events.

The Major Projects Sub-Committee is responsible for the management and delivery of major capital improvement projects and the management of relationships across Local, State and Federal government.

The Member & Volunteer Management Sub-Committee is responsible for the overall management of Club member and volunteer data, communications to members, management of our status as an Affiliate member of Hockey Victoria and meeting non-financial statutory requirements of being an Incorporated entity.

The Coaching and Officials Sub-Committee is responsible for the overall management and education of coaching and officials, including Club umpires and team managers.  The sub-committee has a challenge to manage the administrative side of the area and also to deliver on the skills based requirements.  The mens and womens Premier League coaches and the Director of Coaching will generally be members of the sub-committee along with a person who is known externally (ie, with Hockey Victoria) as Waverley’s Officials Co-ordinator.

Elliot Kitchingman presented the financials for the club and shared positive news of restructing of loans and renegotiating various other contracts on behalf of the club, reducing operating costs.  Each of the 3 units presented outcomes for the year and highlighted another successful season in the club’s history.

Special thanks to Steve Noney, Tim Thompson and Christine ‘George’ Johnstone who step down from the Executive Committee at the end of 2015.

Steve was Junior President for many years ensuring our younger players  had an enjoyable and positive hockey experience surrounded by quality people.

Tim was Men’s President for the past 2 years and set up a structure and operating rhythm providing a great platform for Simon to take forward in his new role.

George, a player, coach, Women’s President and parent of the club steps down due to family commitments and still remains an active member at the club coaching in the junior unit.

The club can’t operate without people like you putting your hands up and getting involved, so as you all step down we say thank you for a job well done.

Want to get involved?

The club is always looking for people to get involved and assist with the running of the club. Even if you can spare just an hour or two a season, it all makes a difference.  If you are interested in knowing more please reach out to Club Secretary Bareetu Aba-Bulgu or President Drew Ashton and they’ll be able to assist.

Lastly a big thank you to the Executive committee for all your dedication and hard work in guiding the club through another constructive season.  The foundations are being put in place to help set the club up for a successful future, ensuring that there’s plenty to be excited about for all members going forward.