Round 1 finally arrived for our Junior Panthers with players, coaches and parents all excited to get the season started.

The Under 10 Girls team were all making their half-field debut in Round 1. They were greeted with perfect weather and a parent group that were just as excited as the kids to see them get out on the pitch for their first official match for Waverley.

The game started and KBH put us under pressure immediately. The defence did a great job with some great tackles from Emily, Zoe L and Jade and protected the goals well but KBH managed to score twice in the first half. Super coach Majella gave a great half-time speech and the girls took on the advice in the second half. Alexis scored the teams first goal for the season and Zoe B, Grace, Akshaya and Honey passed the ball around and did great running through the middle of the ground. But KBH held us at bay and ran out the victors on the day. 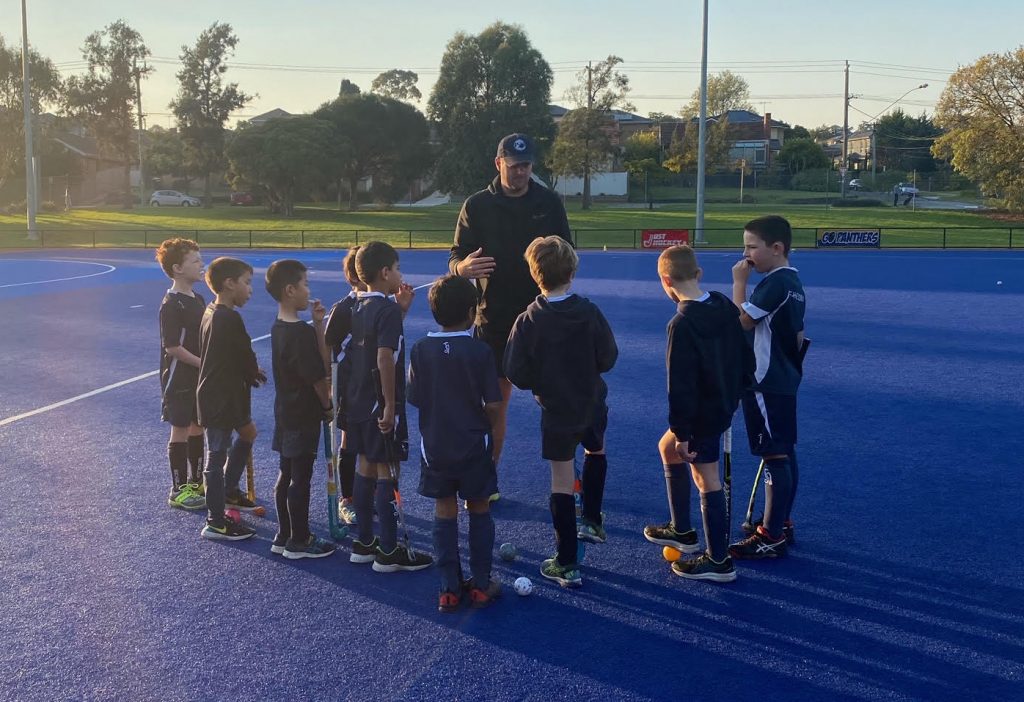 There’s not many more exciting things than your first game of hockey and with a team full of debutants the boys took to the pitch as the sun rose at 8am! A great turnout from family and friends provided plenty of support as the game began with Southern taking an early ascendency, breaking the deadlock in the first few minutes. Every Southern player was a good foot taller than our lads and with a season or two under their belts they used their experience to their advantage to dominate the scoreboard.

Although our boys found themselves down 4 nil at the break, their enthusiasm was still high, so high in fact that as one of the boys took to the pitch, he was so keen to get out there and play that he had to be called back to grab his stick that he’d forgotten to arm himself with. The second half result was a different story as our cubs took it up to the opposition. The crowd erupted as Noah Fearn-Wannan hit our first ‘sausage roll’ for the season!

Some really pleasing signs as the boys fought out a 1 all draw in the second half to finish the game going down 5-1. Onwards and upwards from here! 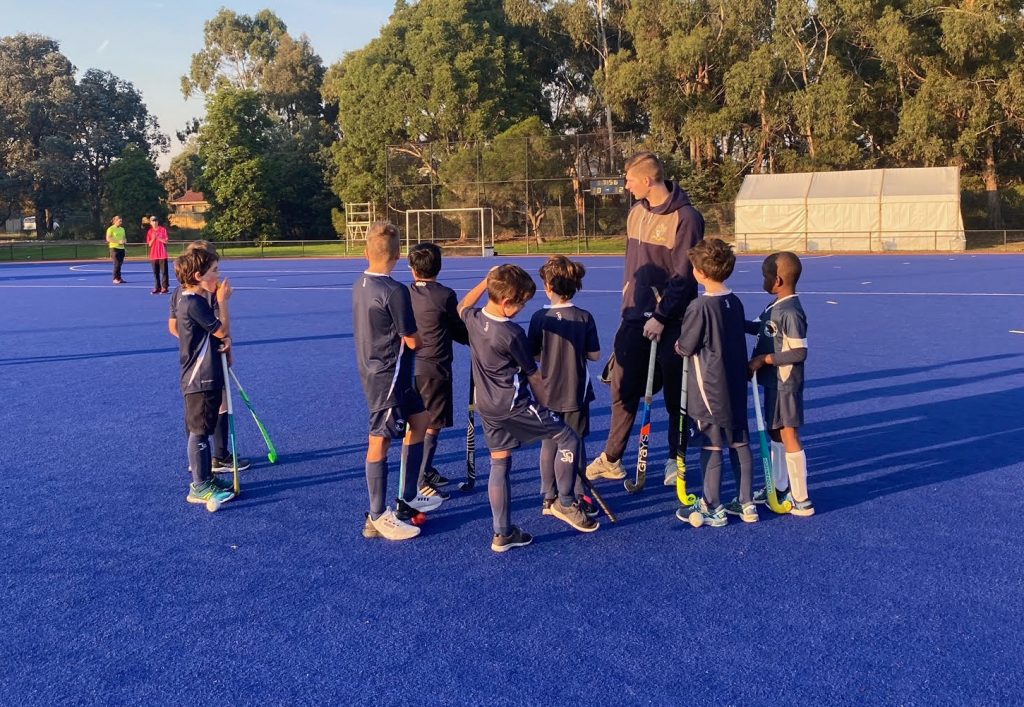 It was an amazing game, everyone played really well.

Our opponents were the Mentone team. They scored their first goal by mid of the game. They did attempt a second goal but because none were within D, it was called a no goal… close call though…phew!! Our opposition played with very high spirit and had really good defence. An area for us to improve on.

Every panther did well with passing and defensive tactics. Most of the time the ball was near the goal post where we were aiming…We got our first goal within the first 5mins and next one around mid game. That made us the winner with a 2 : 1 goal.

It was a great day for the Waverley Under 12 girls with lots of home action happening. Beautiful weather set up the stage for an emphatic Waverley victory over the Brumbies (7-0).

The Waverley girls started brilliantly, with a short corner followed by a successful goal. Soon after, the KBH girls lost focus and gave away 6 goals to the Waverley girls within the space of 30 minutes…Wohoo!!!

The victory was perfectly set with contributions from all members of the team. Coach Mel encouraged the team as they tirelessly played the game. Gemma passed beautifully around the opposition team and to the other goal scorers Aaliyahh and Zara. Tia, Sakshi and Alexandra dribbled and tackled their way through the other team making way for most of the goal opportunities.
Overall, it was a successful game for our girls with happy smiles in the dugout at the end of the game.

Bring on the next game!! 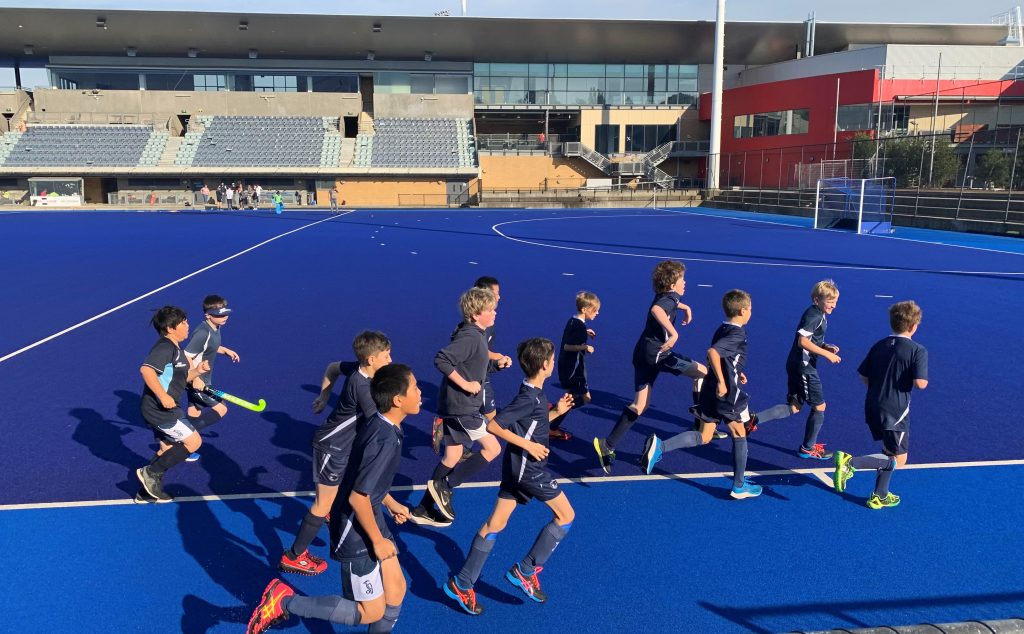 A tough start to the season, especially for some of our younger and newer players. There were signs of nervousness, being the first game on a full-field for all the boys and the first ever game for some. Chay, our star goalie, faced a barrage of shots from the start, with Camberwell showing no mercy. Great improvement in the 2nd half, playing more of the game in Camberwell’s half and giving our forwards some opportunities at the goal.

Our boys showed great persistence, putting in 100% effort for the whole game.

Thanks to our wonderful coaches, Joshua & George, especially for keeping the boys motivated.

Welcome to the 2021 hockey season for the U14 shield team at the WHC. We started off with our first round at Doncaster playing Doncaster HC. It was great to see the boys on the pitch and the parents cheering and the excitement while keeping to the COVID rules.

All our boys put in their very best. We saw Doncaster shoot the first goal of the season, but this did not despair the WHC which have always known to bounce back and fight to the end.

At half time Wes and Liam gave the boys a strategy to think about and not before long and a lot of team effort we saw Sam Hellier take to ball into the circle pass it to conner who tapped it in for our first goal.

With the excitement yet to die down Doncaster got in their 2nd goal. The boys fought hard to the end and with a minute to go Callan hits the ball into the circle and Chad has a go at the moving ball slapping it into the back of the board to end the game in a draw. Well done Waverley boys for your first game 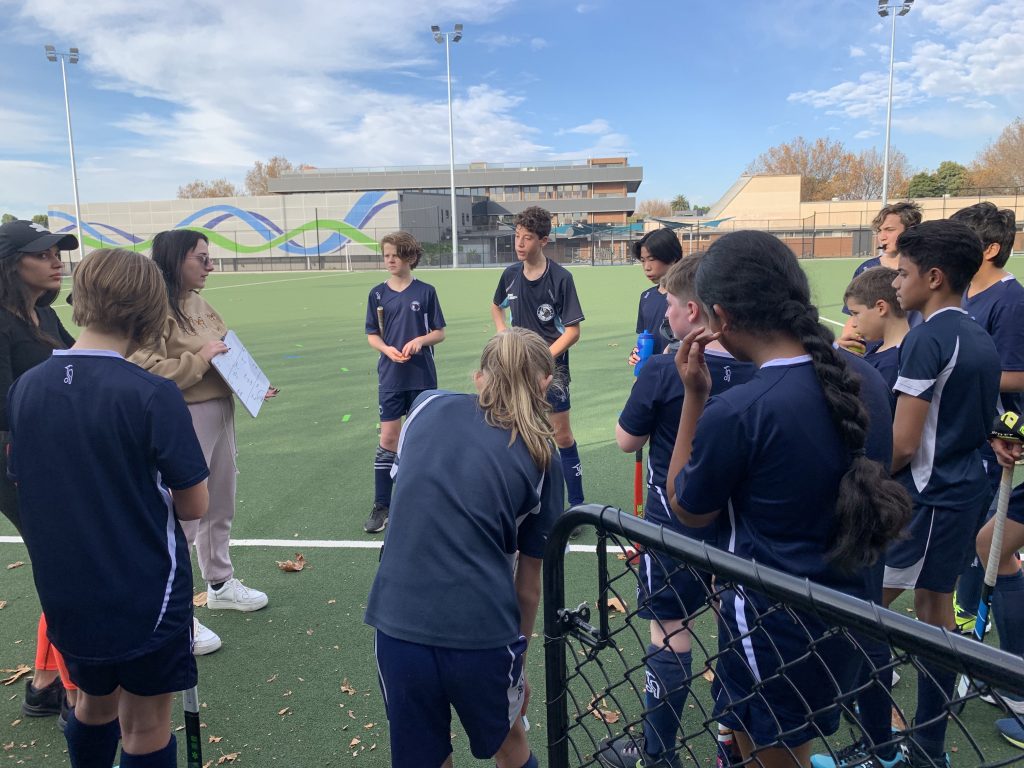 Playing at 8:30 am on a Sunday morning is not exactly what our under 14 adolescent Panthers signed up for! Despite an auspicious warm up and tardy coaches our young Panthers shot out of the blocks scoring within the first 2 minutes of the game. Sandesh blasted a shot resembling a cracking cover drive that thundered into the backboard and left the opposition wondering if this was District grade.

Waverley continued to dominate play by Maccabi equalised mid way through the first half with a break away. Waverley finally converted a penalty corner soon after heading into halftime up 2-1.

Lachlan was resolute in the mid field rebutting Maccabi’s forward advances and Ethan skilfully created forward opportunities. Sandesh finished with a hat trick and Jayden also converted to put the game beyond doubt.

Perfect conditions to play our first juniors match since 2019. At home, in front of a home crowd, full of excited spectators. The game started off very tight as both Waverley and Doncaster brought the intensity. Our press was quickly put into practise as we tried to score early. Charlotte saved many goal attempts and the backline, Emily, Sophie, Zoe and Leah, were all unstoppable. With a few unlucky goals hitting the net, we held the score to 2-0 at half time.

In the second half there were some great attacking efforts from Chloe, Neve, Sabine, Tilly, Issy and Lulu, resulting in many attacking PC’s.

After a tough loss, we are even more motivated for next weeks game and to bring home the W.

Thanks to Lucas and Jules for the encouragement throughout the game.

It was great to finally be playing again . Doncaster came out determined to take the game up to Waverley and attacked for the first 5 minutes . Anthony Young made some excellent saves to keep Waverley in the game . Eventually though Doncaster scored the first goal of the game. Waverley regrouped and started to take control of the match, with Oliver Thompson scoring the equaliser from a breakaway. Waverley continued to attack, winning a few short corners. Good attacking pressure led to a stroke being given to Waverley. Ollie unfortunately duffed the stroke and the goalkeeper made the save. At half time the score was one all.

In the second half Waverley continued to control the game and after some excellent passing from the backline to the midfield then into the D , Mitch Howe slotted away the goal.

From then on Waverley were mostly in control , but Doncaster kept pressing and had their opportunities . Once again after some excellent passing from the back line the ball was worked into the D where Oliver Thompson made no mistake slamming the ball passed the Doncaster goalkeeper. The final result being a 3 to 1 victory.

The coaching group were happy with the result, but emphasized the need for the team to really work hard on getting its basics skills up to scratch, to focus on being strong on the ball from the beginning of the match. It was a good win to start the season, with all players putting in a solid effort .

After a year of no hockey, it was great to see the kids wield their sticks in anger again on Friday night. As always, we never quite know what to expect in the first round, unfortunately we got a baptism of fire. From the open, St Bede’s piled on the pressure with plenty of fierce tackling and our defenders were under pressure early. The back 6 fought hard to keep the ball out of our D, but the opposition managed to break through 8 times in the first half.

In the second half, we regrouped and came out more composed after some calming words from Coach Som. We held our own for the first few minutes as our midfielders ran their guts out to cover the whole field. Some nice runs were made by our forwards to complement this renewed enthusiasm and we managed a few nice shots on goal, but just couldn’t quite find the back of the net. Great improvement in the 2nd half, saw only 5 goals conceded.

Kudos to the whole team who ran hard and tackled intensely, right until the final whistle. We had 7 debutantes tonight. Great effort in your first matches and if you keep up the effort levels you showed tonight, improvement will come quickly to the squad. Big shout out to Ele, playing her first game and bravely stepped up to be goalie for the week. You made some great saves, but when the ball comes in the D that often, you can’t keep them all out. Also, to Jules for receiving our first card for the year. Nothing wrong with that mate, it’s good to see aggressive and inventive play.

Such a great vibe at training and on game day from all the players, which I can see lasting all year. Onwards and upwards from here and remember – Premierships aren’t won in April.