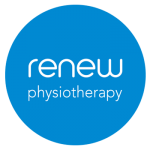 How long have you been involved with hockey and at what levels have you and your team worked / played?

Two key practitioners at Renew Physio have had extensive involvement with hockey.

In your experience what are the most common hockey related injuries? What suggestions do you have to prevent these?

The most common injuries are the lumbar spine, hip and hamstring.

The best preventative strategies include a progressive build in training and playing loads/intensities, and targeted strength to areas identified as individual weakness to build tissue resilience. As an example, improving hamstring strength has a positive effect on reducing hamstring injury risk.

What other sports have you been involved with at elite level?

Andrew continues to work as physio to the Victorian Institute of Sports rowing program, and has been travelling as physio with the Australian Rowing Team internationally since 2013

Andrew has previously worked with Diving Australia and Skate Australia.

You have been a long time supporter of Waverley Hockey Club, working with many players. What is your affiliation with the club?

My younger brother Lachlan played with Waverley for many years in the 90’s – 2000’s – a period of numerous State League 1 Premierships for the club!!  While I played school and some junior hockey many decades ago, I quickly realised that my skills on the field were limited, and stopped playing during my time at Uni after a number of finger fractures on field that limited my work ability.

How Can you assist the Waverley Panther members and what is the best way for us to contact you?

Renew Physio as a clinic has had decades of experience in not only elite hockey, but also a number of elite sports. Our understanding of training load, injury management and performance in sport remains at the cutting edge. Our ability to consciously communicate with team coaches where needed is a valuable part of minimising the impact of an injury, and keeping athletes on the pitch playing the sports they love.

We can be contacted at: