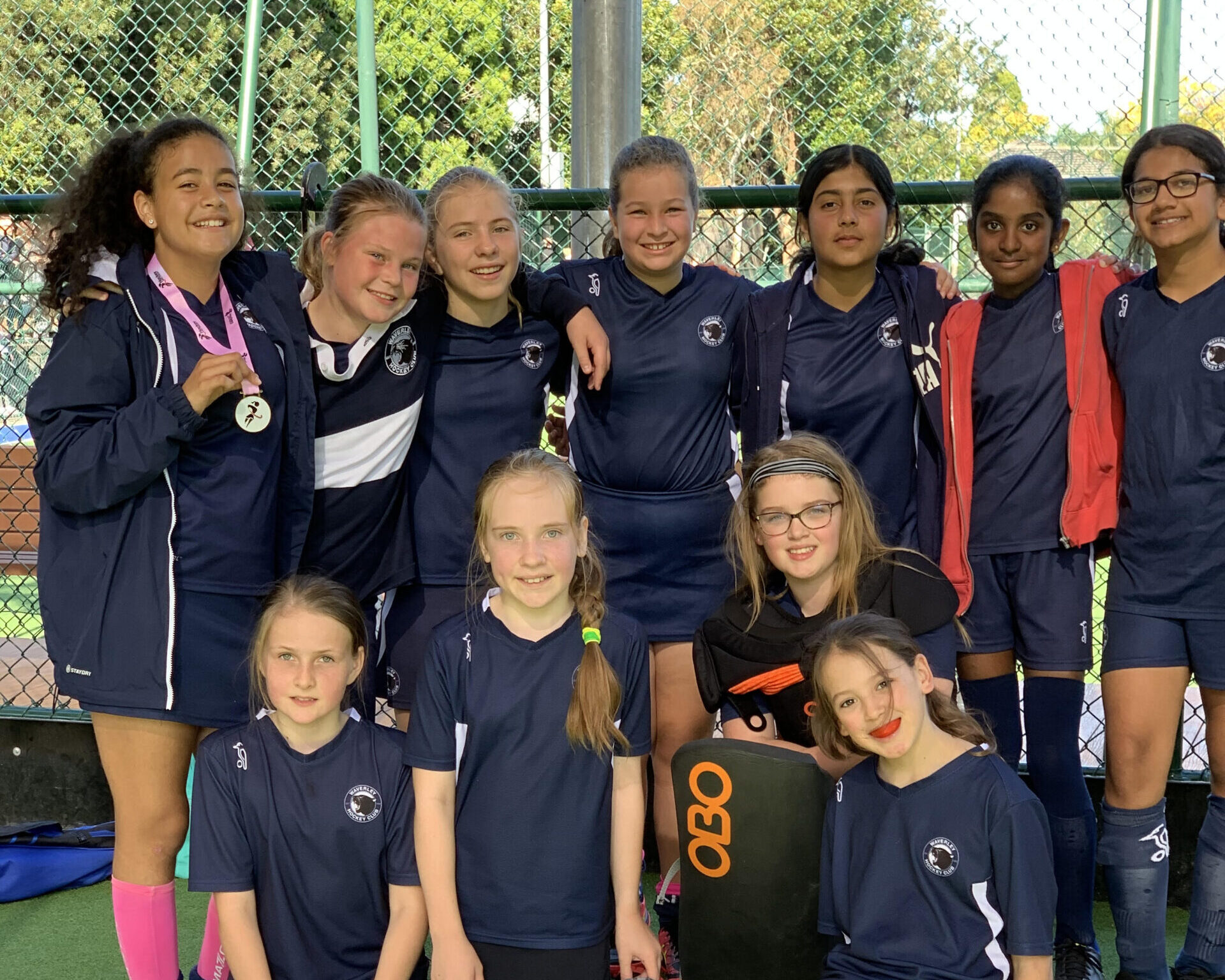 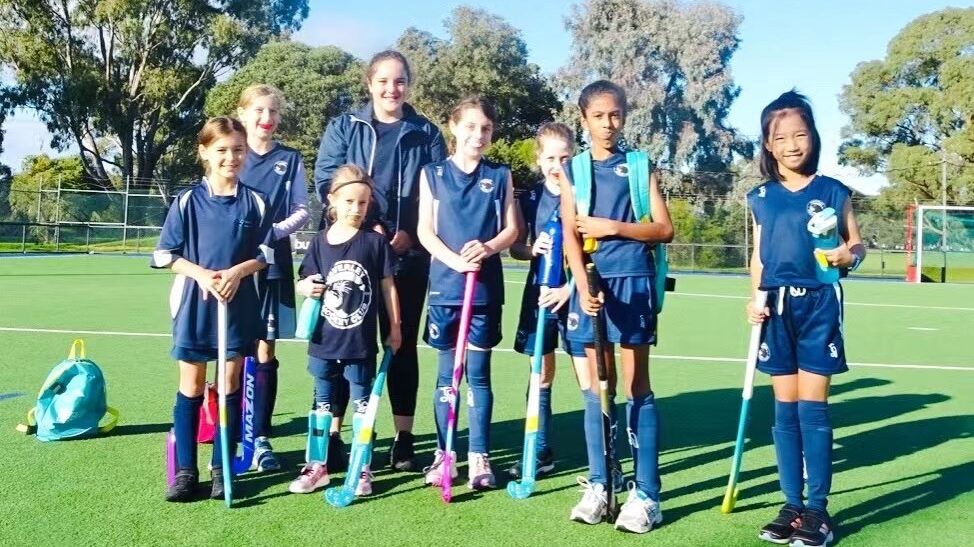 The Under 10 Girls lined up for their second match of the year and welcomed Eliza W for her first official match in Waverley colours. SUHC started strongly and we spent the majority of the first half in our defensive half, but some strong defence from the whole team highlighted by some goal line saves from Grace, kept the score to 0-2 at half time.

The half time lollies did their job and the game had a major change in the second half. We expertly moved the ball through the midfield with some great work from Akshaya, Eliza, Jade and Zoe and Alexis expertly managed the defence with some excellent intercepts and tackles. We also scored 2 great goals through Zoe and Emily which were matched by 2 further goals from SUHC,which resulted in a final 2-4 score line. 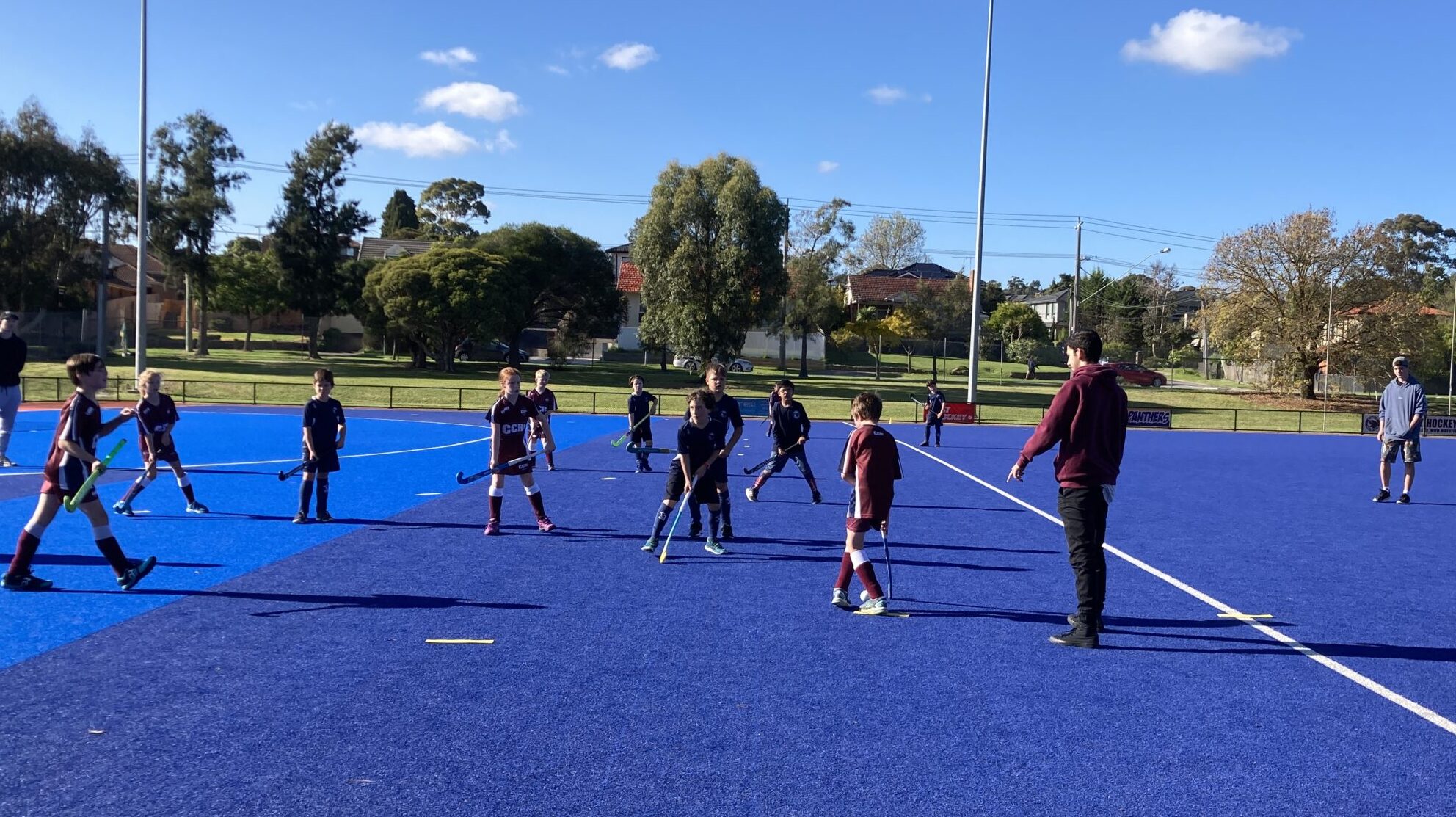 It was a great game, full of enthusiasm.

Our opponents had their first goal at the 25th min. That made us the winner with a 4 : 1 goal.

A beautiful sunny morning set the scene for the girls first match against traditional Waverley rivals Camberwell. Waverley started off strong in the first half with Zara attacking the ball well and Waverley scoring the first goal.

The team really came out swinging in the second half, concentrating on their positioning and giving the Camberwell defenders a relentless workout. Caitlin and Ryiah tackled their opponents valiantly and Sakshi marked her player well. Meanwhile goalkeeper Grace was getting quite lonely at the other end of the field until she saved Waverley from having a goal scored against them.

A great second half saw goal shooting accuracy improve with Jemma, Aaliayah and Alexis all contributing to Waverley’s convincing 6-0 win. Great job girls and congratulations to Aaliayah for being awarded the player of the match.

Could the boys deliver an early Mother’s Day present?

The first half saw the Panthers put up a solid defence that was tested a number of times. Strong consistent efforts by Alex, as well as Chay in goals, were the backbone of the defensive wall. Amery put on a strong show in the D, but alas no score.

Half time saw a stalemate – 0-0. There was just under 4 mins left when the Panthers converted a free hit outside the D into some excellent teamwork and Cooper managed to score our elusive goal.

The greatly appreciated coaching efforts of George and Josh are starting to show in much improved team play.

It’s always great to head out to Greensborough to play but even more so this time around as we got to check out their amazing new clubhouse. For those who haven’t been yet I can highly recommend the Toasties from the brand new canteen!

A few changes from the first round as we lost goalie Gemma to Under 16’s duty whilst gaining Jemma with a J and brand new player Charli and replacement goalie Grace.

We had most of the play in our half early but the Greensborough goalie was rock solid and we really didn’t look like scoring until Asher ‘accidentally’ tipped one in for our first.
The second half was a similar story with Chloe working incredibly hard whilst Emily was great again down back, Tess getting better each game and Zara providing some great runs.

It took some individual brilliance by Giselle to score our second , making her way into the D and avoiding several Greensborough defenders before beating the goalie from close range. 2 nil the final score.

A warm game night at the home ground, Waverley boys got into the attack position from the very beginning and put huge pressure onto the opponent over the entire game. Connor scored the first goal before the end of the 1st half.

In the second half, Waverley kept dominating the game. Connor calmly scored the 2nd goal using the penalty stroke opportunity, and followed by the 3rd goal scored by Cal. Although Hawthorn scored a goal at the end of the game, Waverly convincingly won the game by 3:1.

Every boy played well and they wished to score at least another 4 or 5 from their 12 short corners. Next game for sure! 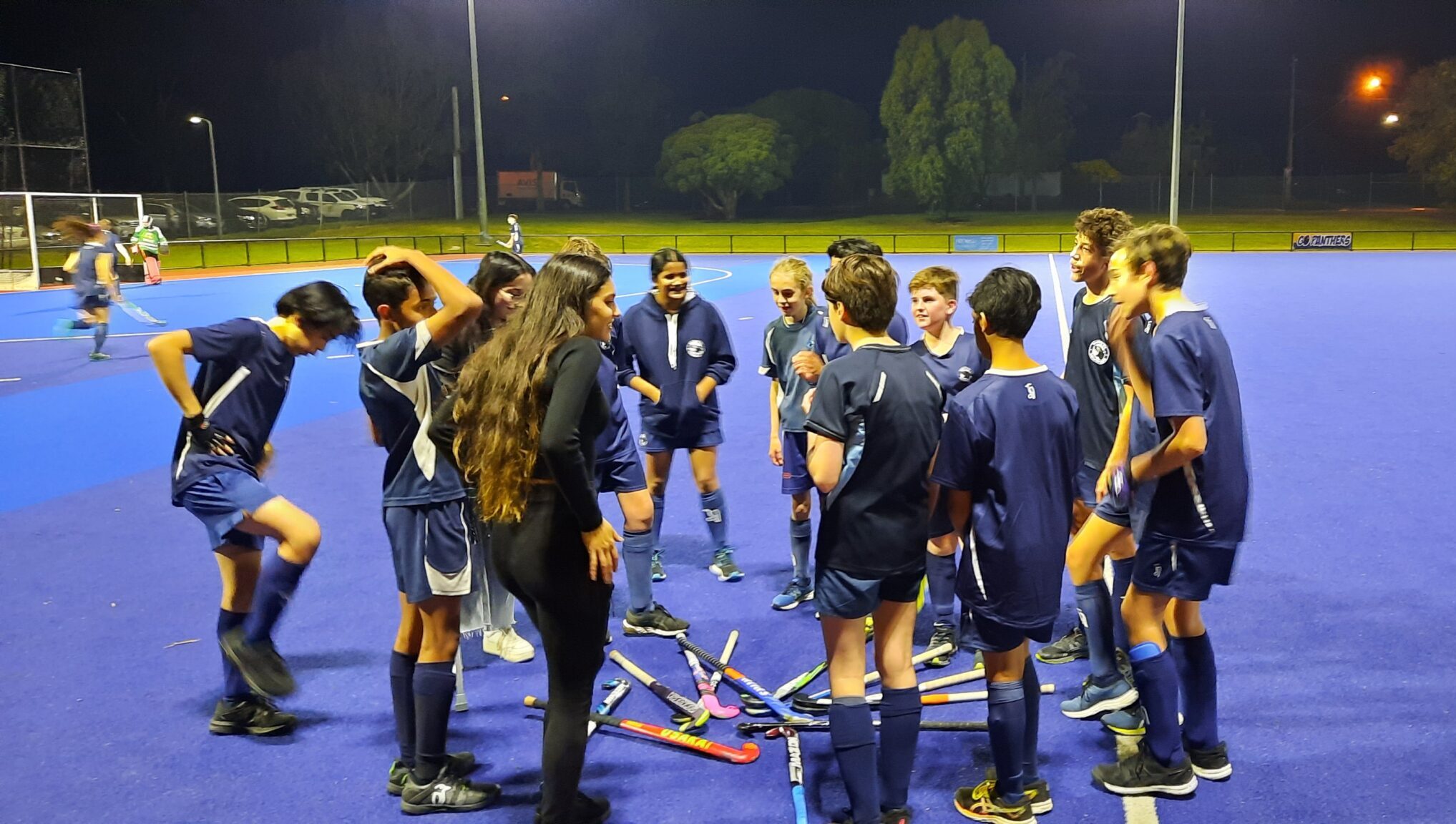 Great game for the boys, 6 short corners and 4 excellent goals. Good passing and great use of the wings by Kadean & Ethan. Sandeesh scored some good goals with Ethan passing well. Will did some strong passes out of the short corners.

Excellent defence from Jayden, Ryan, Henry and great running from Maithri. Asher had a good try at goal!

Good team work from a team which is starting to really gel. 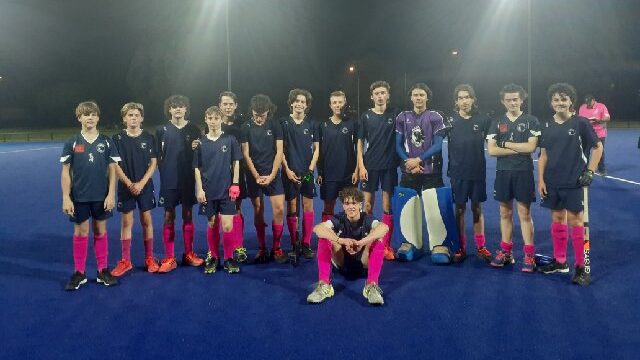 Waverley Under 16 shield clashed this week with Hawthorn. Expectations were high following the victory Waverley secured against Doncaster in round 1. However, a goal conceded early put them on the back foot.

A deflection from Howie, assisted by a tremendous backhand pass from Ollie gave them the equaliser. Soon after, a finish from Louie gave Waverley the lead before half time. After a series of tremendous saves from Anthony, the ball found its way into the back of the net and the score was 2-2.

It stayed so for the remainder of the game despite a full-on attacking effort from Waverley. Hawthorn’s frantic defending and outletting allowed them to hold on until full time.

Last Friday night, Waverley hockey club U16 played against Dandenong. Dandenong quickly got an early goal, and after that, unfortunately, during the first half we were left scoreless. Both teams fought very well both offensively and defensively, however unfortunately, Waverley were unable to convert from any of their attacks.

Basic skills were lacking, well actually they were shocking according to the coach at half time. Waverley were still unable to score from any of their opportunities at goal in the second half, and the match finished with the final score being 1-0 to Dandenong.

This game was a bit of a nail-biter. Yarra Ranges got 2 goals by two big hitters in the first half and Ben our new goalie stopped a third rippa shot at goal. Jules scored the first goal and then assisted Joel for a goal just before half time.

Great improvement in skills from last week. A loss this week but s