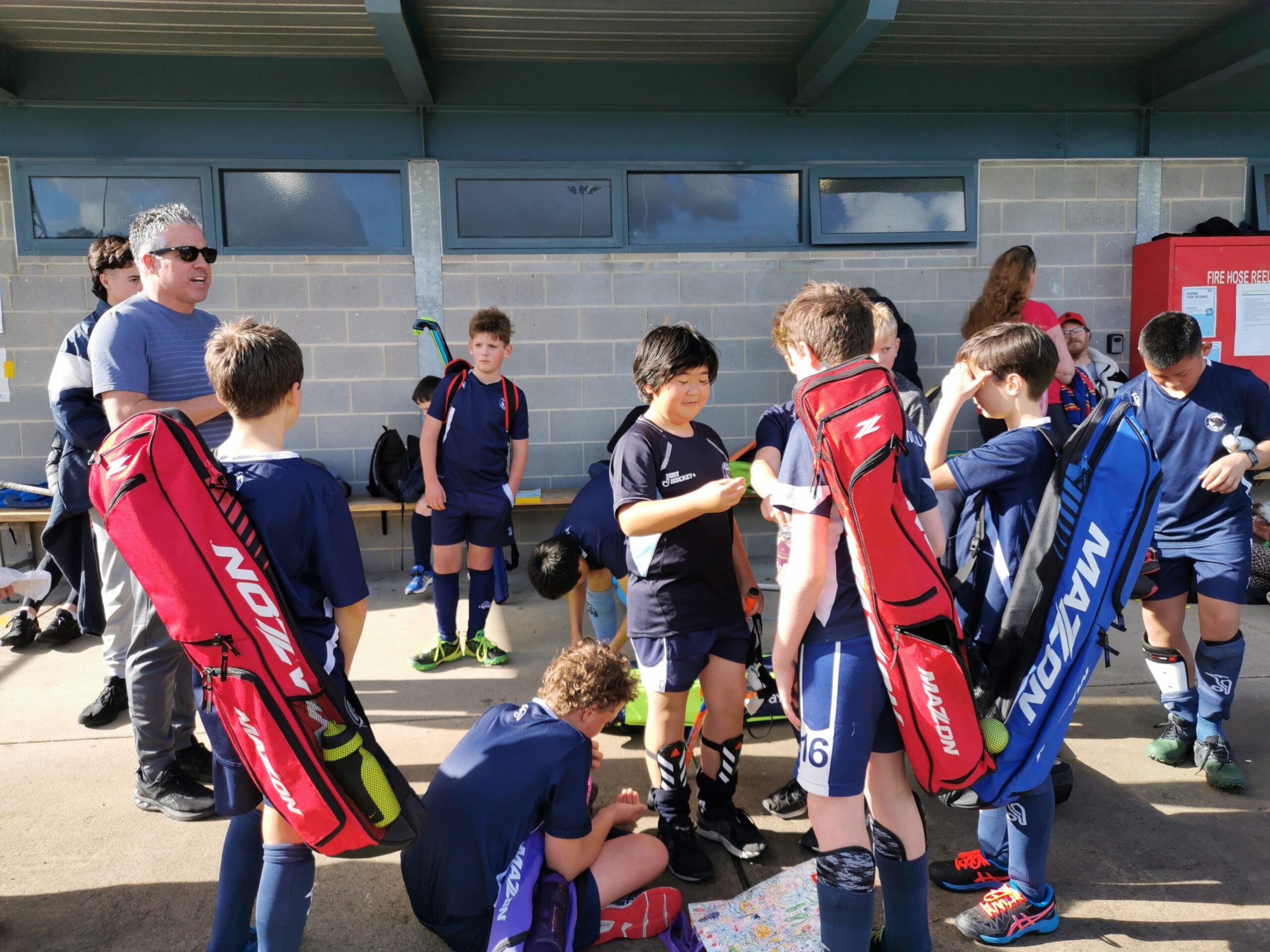 Some tough losses after the return from the latest lockdown for our Junior Panthers but some great stories 💙🤍!

Winning spree continued for Waverley on a cold but sunny Saturday. Footscray put up a strong defensive game with no goals in the first half. Second half saw the first goal by Aaliayah. We missed a few corners but a second goal was scored quickly thereafter.

Overall a great match against a strong defensive team with an awesome effort from everybody till the last whistle.

Thick fog at the Mentone home ground meant many of the Waverley team were playing their first competitive game under lights. The game promised to be a tough one as Mentone were equal ladder leaders with Hawthorn, who had outclassed the Waverley boys at their previous outing.

Much of the first half was very evenly poised. Amery, Jasper and Hamish linked up along the right side of the field to take the Waverley into attack on a number of occasions, while Alex and new recruit Michael K defended stoutly. An attacking move by Mentone toward the end of first half resulted in a number of consecutive penalty corners that were all ultimately repelled, including a couple of outstanding saves by Chay in goals. At the half-time break the scorers hadn’t been troubled by either team.

The second half started with Mentone pressing forward. A short lapse in concentration by Waverley allowed Mentone to score a couple of goals in quick succession. The boys regained composure after some reorganisation in the midfield and the even balance between the two teams was restored. Ben, Lachlan and Sam ran their hearts out all day, while Coops, Richard and Michael P. did everything that was asked of them. The boys can hold their heads high with a 2-0 loss, as it is Mentone’s smallest winning margin for the season so far.

After a few disappointing games over the last few weeks the girls were pretty keen to exact some revenge on Footscray after a narrow loss to them earlier in the season. Footscray were sitting equal top without a loss and a formidable opponent but our girls dominated territory and possession early in the game with Giselle weaving her magic in the circle to score in the first half.

This seemed to spark Footscray to life and the game was more even for the remainder of the first half. Tess has continued to improve and was doing a great job down back along with our defensive general Emily, repelling attack after attack and keeping our opponents honest.

An arm wrestle continued in the second half with Gemma doing her usual great job in goals and never really looked like conceding. Jayana, Giselle and Asher were busy all game and were causing headaches for the Footscray defenders. Meena and Charli continue to improve and contribute while Chloe did what Chloe does and that is give 100% effort up and down the field all night.

We got our revenge with a 1 nil victory and nail-down 4th spot on the ladder.

Powerhouse lived up to their name and were quick off the whistle to score their first goal within minutes. Towards the end of the first half Waverley had a couple short corners but wasn’t able to see them through. Waverley continued the good fight throughout the game although Powerhouse managed to slip a few cheeky goals past Charlotte.

Powerhouse was a challenging team. But Waverley persevered and supported each other right to the end.

Hopefully you all had a lovely break over the school holidays, it was great that most of you caught up for some fun at Flip-out followed by a meal at Guzman Y Gomez. A big thank you to Luke and his family for arranging this for the team. What a great bonding experience.

Although the time slot changed and with no umpires it was great that most of you made it to the match although we were missing Will and Kris. In the first half it was so great to see some brilliant defense by Sean, Hayley and Mikayla. Unfortunately for us the Bayside Cougars scored.

In the second half Hamish managed to score which made for an exciting match and so did Bayside. Cameron played very aggressively, being her best game to date. Overall, an impressive second half, it was a very close game.