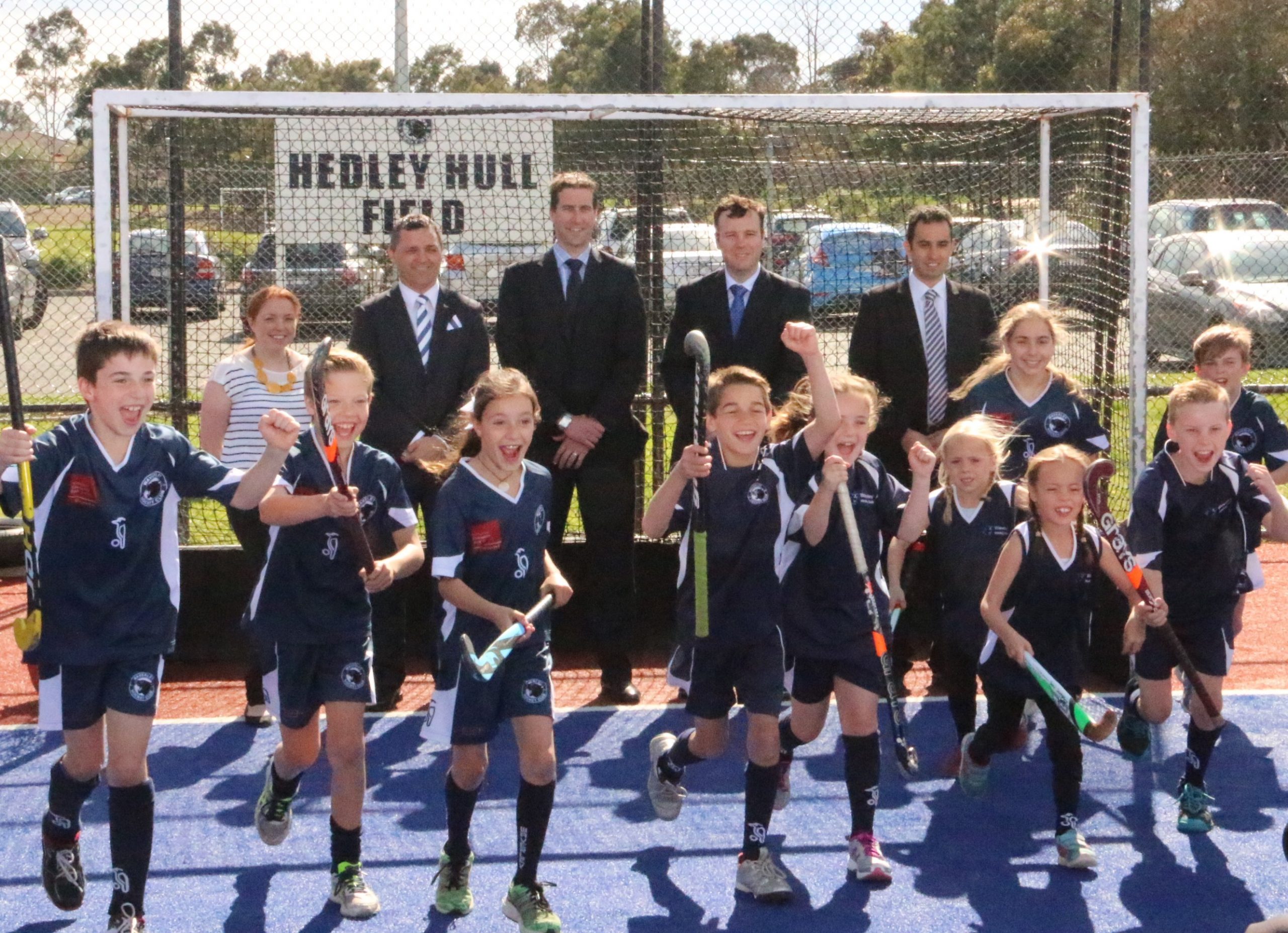 In a formal announcement to club members at the Grand Final celebrations, Graham Watt MP announced that, if re-elected in November, the Napthine Government will contribute $1.5 million dollars towards Waverley Hockey Club’s second ground.

This announcement has been followed up with media releases via the Leader Newspaper and Graham Watt’s website. For more information about the offer, please read the official information, accessed via the links below.

The club also extends a ‘big thank-you’ to all members and supporters that attended the media launch last Monday, including but not limited to the juniors in the photo above.