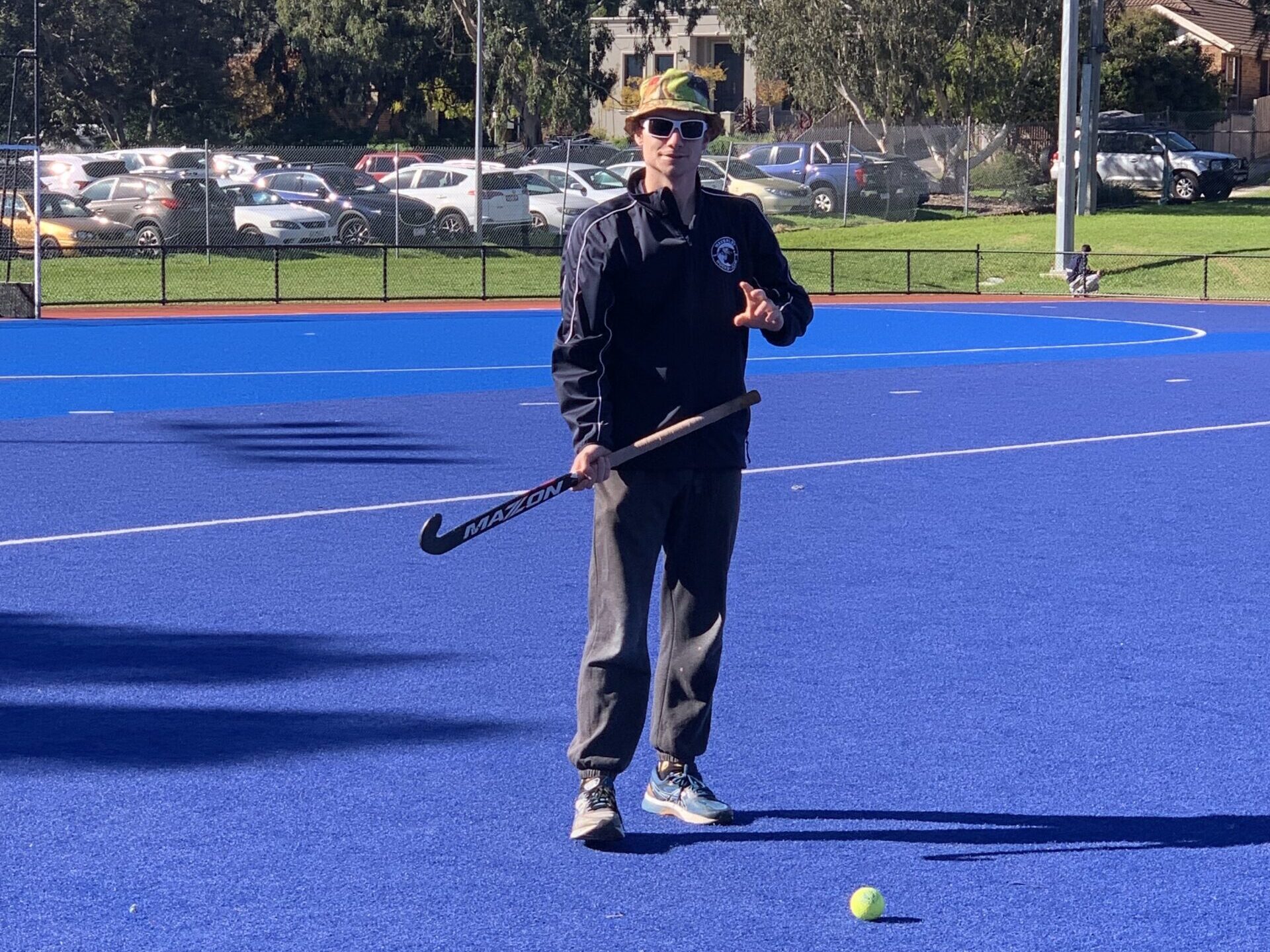 Another successful home Premier League home round against Altona with the Panthers taking the three points in three of the afternoons four games. Read all about the weekends games below and keep an eye out for Liam McNamara’s quality report including some decent sledges ❤️.

With both teams a bit slow out of the blocks, saw the a goalless first 10 minutes of the first quarter before an unlucky mishap saw Altona put one away in the 11th. The game remained 0-1 until quarter time. Just 5 mins in to the second term Altona again managed to slot one in making the score 0-2.

This set the flame and finally the girls managed to bring the hunger from last week. This saw a great build up and reward for effort when we managed to get one back from an amazing combo between Dacia and Caley with 10 minutes left in the term.

Start of the 3rd quarter and scores were still 1-2 but we were all over it. Unfortunately Ruby took the team plan of aggression t0o far but this time must have got her wires crossed and injured herself  #newheadcoach. Scores remained 1-2 to the end of the 3rd quarter but the panthers had finally switched their desperation into full gear.

1-2 proved the final score with another goalless quarter despite an incredible display of drive by the girls. Now onto next week where we aim to start our game with the same intensity that finished with on Saturday.

After a tough match last week against Camberwell, everyone was keen for a win this week. It was a slow start for us, with Altona scoring the first goal but Indi was keen to change that with an amazing deflection on a short corner, scoring Waverley’s first goal.

Coming off the high from our first goal, Dutty put her super speed to use, running the base line for a quick shot straight into the goal. With an intense final quarter came a surprising start. Altona getting a head start with the ball before Waverley was even on the pitch! Despite this head start, our speed kicked in and we managed to stop Altona from scoring a fast one.

With a final score of 2-1, looking forward to bringing this intensity to next round.

It was a sunny Saturday arvo at Albert Park, a highlight was securing a parallel park at this wonderful venue.

It was a challenging game against Powerhouse, we lost 2-0. We had some great teamwork up in the forward line, passing the ball strategically to one another. Shoutout to Hanna, Chloe, Jay and Bridget for doubling up. Shoutout to Ella and Mardi for coming down to support and watch the team play. A big congratulations to Ella who will be assistant coach in Pen B women’s team!

It was a very competitive game, looking forward to bouncing back in the next game. As well as the pizza on Wednesday night. Waverley providing the goods as per usual! Great initiative and team work overall, looking forward to our home game next week!

Still being in good spirit from last week’s win, Pen E was ready to take on Monash Uni on a sunny Sunday afternoon in front of the home crowd.

It was going to be a tough game against the second team on the ladder, but we kept steady throughout the game. Charlotte had some majestic saves, and Nat and Liza were incredible at distributing the ball nicely over the field, resulting in some amazing runs down the field from Di, Giselle and Chloe.

In second quarter, Bridget managed her way around their defence, had a run into the dee, and Halina deflected her shot and scored! Great work ladies, this shows that practice pays off!

Third and fourth quarter were focussed on keeping up the defence and winning the game. Monash felt the pressure and the game got a bit more aggressive and were basing into us, resulting in Leonie getting injured (and due to a lack of ice, cooling her ankle with Zooper Doopers :P). However, we still managed to get a few more tries on their goal.

Unfortunately, we didn’t finish the last quarter as one of the Monash players got injured (hoping it’s nothing too serious).

A huge thanks to Charlotte, Giselle and Nat for doubling up and playing with us! So far, we’ve been having a blast and are playing some amazing hockey, keep up the good work ladies!

Another Home game for the Waverley Panthers against a red hot Altona team being coached by previous Waverley premiership coach Zac Hawes. The boys were fired up for a win and Andrew Shelton’s advice was to sink them early.

Hacky did exactly that by sneaking a goal past Hoopell in the first quarter then rocketing one past his helmet in the second quarter to give Waverley a 2-0 lead. An unfortunate miscommunication in the back line got Altona back into the game with the half time score 2-1.

The second half was littered with missed chances and open goals for Liam Daley, Oliver Thompson and Hacky for his elusive Hacktrick 😉. Unfortunately Altona drew first blood from a short corner in the 3rd. With points at home which we DO NOT DROP it came down to the leaders in the team to pull out something special and they stepped up. Lewis Matthew’s intercepted a rocket from altonas halfback to then flick it onto Hacky who One timed the ball to a diving Captain in James Knee to sink Altona 3-2 in the dying minutes of the match.

The day started off with me running late after attending a house inspection in Richmond and getting stuck in some heavy traffic. The better Liam (Anastasio) had no such trouble dealing with traffic as he weaved through Doncaster’s defence early on in the game for a great goal opportunity. Unfortunately the keeper was in the way.

The game continued this way with us dominating the play but not quite finishing it off, with many a near miss. Defensively some of our best work as I don’t believe Doncaster touched the ball in their attacking circle the whole first half.

With the scores 0-0 at half time we were still confident that we’d finally start putting some goals in. Unfortunately due to a rare defensive slip up we conceded a corner and Doncaster managed to convert it with some dubious back stick action in play. We kept the pressure on and managed to equalise thanks to Riley getting on the end of a fast break in the last quarter. Despite our best efforts a goal to take the lead eluded us.

All in all a disappointing result given how dominant we were for most of the game.
Even more disappointingly Dylan ordered a post game parma that had pineapple on it and gave it an 8.5/10…. (should’ve got the risotto)
Rumours are that Azza missed this game after needing some time to recover from the toma he fresh aired last week.

I was nervous when I arrived to our game to discover Lanky eating strawberries as opposed to his usual meal of fried chicken. A surprisingly hard fought game against bottom of the ladder Altona ensued. Rudi slotted two rocket goals; a drag flick short corner and a bouncer turned top left goal after Rudi connected.

Harrison “bath boy” worked in well with Howie up the right side all day.
Macca, Trenners and Mickey all solid down back with another clean sheet despite a few close calls from Altona.

On another pleasant Sunday afternoon we welcomed Shane to the Pen G crew, after 6 years in the hockey wilderness he has decided to rejoin the hockey family, no pressure but we expect big things in the coming weeks. Before I forget thanks to Richard X for his fine attempt at the match report last week, however we are slightly disappointed due to the fact that So changed his flights last week to get back in time to play so Rich need to work on the commitment to the team!!

A big thanks to the Pen E boys for playing the curtain raiser for the 2pm prime time slot and then to the Carlton Draughty/VB/CC induced commentary throughout the game, we appreciate the positive and sometimes sarcastic comments.

Now on to the game, as the score line shows we were outplayed by Maccabi, they seemed to have 2nd and 3rd efforts which were missing from us. In addition we have the insane ability to pass the ball to them on a regular basis. Throughout the game there were some lets call them interesting umpiring decisions, doesn’t help when the one umpire is having a chat with Joffa during the game and misses a blatant free.

Despite the scoreline we kept our heads up and kept pushing for a goal or 4, Declan scored a great after some cooly and calmly rounding the keeper. We have a lot of positives to work on and a few bug bears to iron out and a win will not be far away. In addition we need to keep the injuries to a minimum and keep a consistent team on the field.

We heard a story from one of the players and as promised will keep his name and story out of the report but we look forward to hearing the next part from him.

Thanks again to our team of assistants – Chris and Elliot for giving us guidance and support all we need to do is take it on board.

On a balmy night at Monash with car parking a challenge, the team turned up for another top 4 challenge which feels this way every week. With the luxury of a bench for the second time this season the boys got off to a great start with Brad wish scoring the first of his three goals off a penalty corner. Not to be out done, horse scored a quality diving goal reminding everyone of a young Greg Louganis.

With our tales up it wasn’t long before a blast from the past feeling something more a kin to a Freddy Krueger nightmare changed it up with a questionable penalty stroke which resulted in Joffa being completely bamboozled with national selectors on site.

After half time the lads lifted and provided a highlight reel reminiscent of the Harlem globetrotters with Barca chipping in for his second goal after some crafty one two passing with Yammo treating the Monash defence as witches hats. Even dally got in on the act after hitting every piece of the goalie he finally managed to get in the sealing goal. Next week we play Werribee at home for another top 4 challenge.

On a balmy night in late May, an injury depleted Men’s Masters team took the field with just eleven patients , against PowerHouse who are sitting equal first on the ladder

The first half saw PowerHouse mount multiple attacks on goal, but with a strong defence and capable goalkeeping , Waverley was only down one nil at half time.   We regrouped and with wise words and  coaching support from Craig , we took the field , and outran the opposition and dominated the second half, with a scorcher of a goal from Clint Miranda to equalise

It was a fantastic effort from everyone on the field , with all players contributing to the draw. We are looking forward to the return of our team mates from injury and to continue to stay in contention for finals