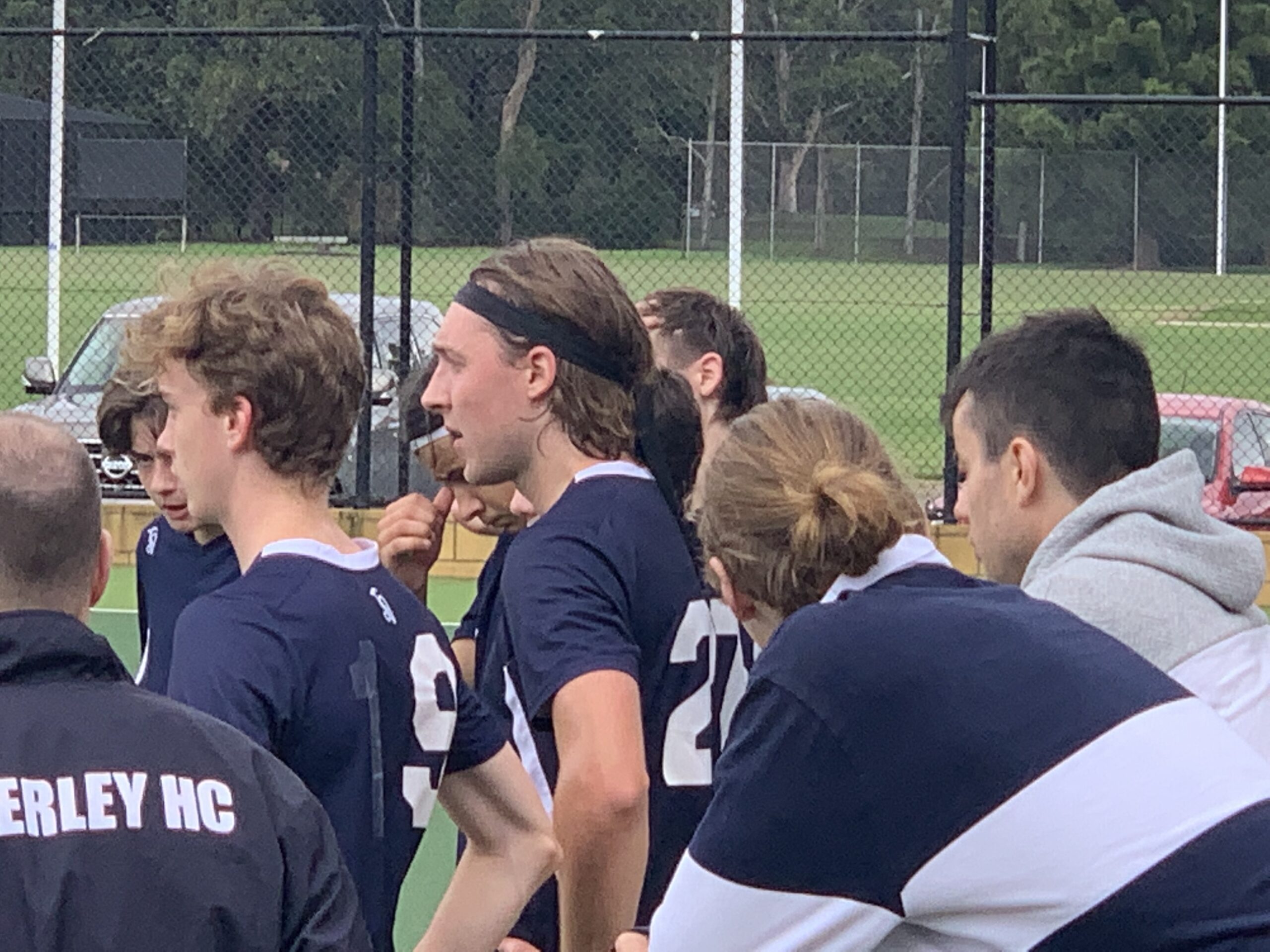 Great to get back onto the pitch following the school holiday break!

Unfortunately no reports have been submitted by any teams😢

After the bye the boys were eager to get back out on the park, and bring home the 3 points.

We came out the gate firing, with many attacking plays throughout the first quarter. In the 2nd the quarter, the boys came out strong again and were able to score through Steino. The second half didn’t start off as planned with Doncaster levelling the score, but Waverley was able to continue to apply the pressure, and managed to score 3 goals (Damo, Poppy and hackey).

The final quarter Doncaster pressed hard trying to score, but the defence held up strong winning the game 4-1.

Rocking up to Camberwell with high spirits and starting the talk with an ok joke, but a good mini game to get everyone started, with Burrage stealing the win from Wiz.

Starting with the game, we had a strong start, not letting Camberwell get their passes off as Kyle had stopped many of the balls going through to one of them, throughout the game we played well and strong but Camberwell just played better and scoring a couple of lucky goals which helped them push for some more goals.

The end score being 7-0 was not the best but looking at the positive it was a better game to what we had played the week before. We now push forward to play Hawthorn next week, and hitting the second half of the year hard.

Camberwell traveled to the Hedley Hull fortress for a 12.30pm Sunday game – and they brought the big guns with them, starting with Lachlan Dreher in goals.
But we had big guns of our own…

After a slow start with Camberwell mostly dominating the 1st quarter there was a scare when a solid shot from the their CH hit he back of the net, only to be disallowed for being hit from outside. Mr “Grumpy on 2 hours sleep” McPhillips was in the thick of it early, showing off his skills as the third umpire, with Vintage chiming in ala French Open style to circle the spot in the “clay” where the ball was hit from.

From here we seemed to pick it up and find some rhythm with Mitch “covid test” Howe starting to show some stones through the midfiled. Nick “0.17%” Glossop arrived on minimal sleep as well – and it showed. Actually lost count of the number clangers, bloopers, stuff ups and howlers that he managed to squeeze into the game.

We continued to play a tight defensive game with Trenners continually shutting down their quick breaks with his knuckle draggers – can we get him a glove sponsor or something? Mr. Grumpy was up and about again, taking on all and sundry and upsetting the Tangerine lot. And we started to move the ball more convincingly with more purpose through Vintage Rutledge, Dave the Man of Honour and Sturgo Boxhead. They used the Wrap Man through the middle and it started to come together.

Nick Glossop almost did himself harm trying to transform for a backstick trap, midfield while 0.17% – that didn’t work either. When the transformer is on it is truly something to behold, but not today.

Deep into the game and still 0-0 the strikers started to wind up and come into their own. I saw Lanky move…

Rudi made some subtle leads and one ripper where he let the ball slide through to yours truly for a one on one with one of the greatest goalies Australia has ever had. Needless to say, I sh!t the bed. Think I was channeling Transformer or something…

But there was still time to redeem myself. Having driven from Birdsville on Friday morning to make the lunchtime game on Sunday (a mere 2,200km – half on crappy dirt roads), permission granted from the lovely wife, with only minutes left in the game and still 0-0 I was not going to give up on it. Pouncing cat like onto a lose ball inside the circle, I managed to squeeze one past the legend that was Dreher, to put us 1-0 up.

Great win for us while still not playing our best hockey, but we are looking to peak at the right time.

On a warm winters afternoon Pen G put in our best game of the season against a team who beat us 5 – 0 in the 1st round of the season. A well-deserved draw was snatched away from us in the final minutes of the game. Every one of the 15 outfield players ran their guts out and we were most often first in contest and made Hume work really for their goals.

Chris (Malcolm) Castle scored his 2nd goal of the season after some good solid build up play down the wing to the baseline and ball into the middle. He is now joint top scorer with Ben L – more on him later. Mickey was once again outstanding in goals and made his usual array of spectacular saves to keep Hume at bay.
Despite everyone playing out of their skins there are 2 notable instances that need reporting one.

Firstly, Ben L – training has shown us that he is capable of decent drag flicks however pushing out at short corners is not his strong suit and a slight brain fade at a long corner marred a stellar performance.

Secondly, Dordy – he should now be known as “the Enforcer” after a tackle in the 2nd quarter that was worthy of an AFL match review flattened a Hume striker earned him a yellow card (1st card for the team this season). Late in the 4th quarter he found himself as centre forward and in attempt to score he “collided” with a Hume defender which left the defender on the ground gasping for air.

Before I forget congrats to Rich X for his goal line save, makes up his own goal from a few weeks back 😊

As a team we have improved tremendously over the last few rounds and look forward to our next few games.

Round 9 was the first full round of an amalgamated Open A and B grade midweek competition. Having cut the cord some time ago, the team remained un-phased by all the consistent negativity and ‘white-noise’, simply choosing to get on with the task of winning hockey matches. We faced a new opponent that appeared to to be carrying many demons from previous visits to Hedley Hull Field. It was immediately obvious they were traumatised by the prospect of facing the Panthers most successful group of players…..eva. Ha.

With 12 players available to play, this really threw our selection and coaching panel. We weren’t accustomed to playing with a bench. Regardless, unlike the English football team, we went out and did the business. Notable performances included the StKPH centre forward that attempted to take the ball and dribble it direct front restart on each occasion. This gave us all a giggle.

Big thanks to Barry Harriman for umpiring in the true spirit of hole team / home ground advantage.

We look forward to next weeks round. There is plenty of room on the bench and in the stands for Panthers looking for some light hearted fun on a Monday evening.