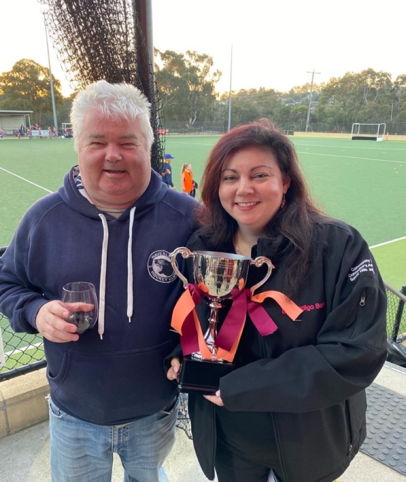 We were off to a great start with some excellent ball movement, and rewarded with a penalty corner and nicely converted to be 1-0 up only a few minutes in to the game. Still utilising a
possession dominance, some smart teamwork and a nice finish 2-0 up after 7 minutes. For the rest of the quarter and the 2nd quarter we had plenty of chances but were wasteful in the
attacking circle. Still 2-0 at half time. After half time still with the bulk of play, a lapse in defence saw KBH get one back against play. We still continued to work hard, and at long last
after many opportunities we managed a 3rd goal. Running out of time KBH when on full attack mode and managed to secure a second goal. Our defence stood firm over the final minutes, and earning the 3-2 win. This has put us in 5th position on the ladder.

The girls were very much in control of the game from the start with most of the play in our attacking half, and which was rewarded with the first goal. Still we pressured the KBH
defence, and on a breakaway Ally scored a lovely running goal to put us 2-0 up. This sparked KBH and the intensity definitely lifted. Our mid field was still in control but an error allowed
KBH to score. As we continued to push forward from strong defence through to mid field we broke through on 2 more occasions to triumph 4-1. We are now sitting in 2nd place on the ladder.

With Jarvo back at the helm, all be it on crutches, and having won the first 2 matches of the day, a point would secure the inaugural Bendigo Bank Community Cup. Starting very strongly it didn’t take long for Nick Steffens to score the first goal. With most the attack an excellent display by the KBH goalkeeper had thwarted us un the dying minute of the first quarter when Damon Steffens  converted a penalty corner to put us up 2-0. The 2nd quarter was a much more even affair, even more so after JK received a yellow card, but just as KBH thought they had a sniff, Liam Daley  finished off some nice ball movement, and we went in to half time 3-0 up. With us having most of the play and applying  plenty of pressure Liam scored again at the 41st minute to go 4-0 up. We  then received our 2nd penalty corner and Damon converted with an unstoppable drag flick, 5-0 up. The Waverley fans didn’t have to wait long, with another penalty corner coming 2 minutes later. Yes you guessed it, Damon clinically converted to bring up his hat trick. 6-0 at 3/4 time. And on the resumption Nick Steffens jumped on an opportunity to score and bring up his 2nd goal for the  match. KBH kept trying and earned a penalty corner. It what appeared to be a deflection off first runner it left Shrimpy with no chance, 7-1. The heat had died but we continued to push forward  and another penalty corner was converted by Damon with a thunderbolt, 4 from 4 and running out 8-1 winners. Securing 2nd spot on the ladder.

With KBH Women’s Premier League showing some good form, coming off a win against MCC and a draw with TEM in last 2 weeks, and a win against Doncaster earlier in the year, we were prepared for a tight contest, and that is exactly what we got. With ball played mainly played in the middle, there were not many scoring opportunities for either team. The goalkeepers doing their jobs it was 0-0 at half time. We started very well in the second half and finally the deadlock was broken, with Jemma Ryan scoring for us in the 38th minute. The arm wrestle then continued,
punctuated by some outstanding saves by goalkeepers. In what was an intense game we ran out victors 1-0, and now find ourselves in 5th spot on goal difference from 2nd with 5 wins, and upcoming game against 4th placed Essendon

With wins in all 4 games we happily received the Bendigo Bank Community Cup. 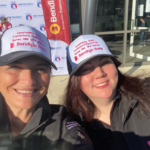 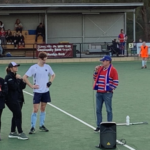 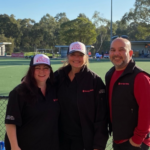 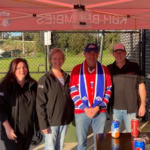 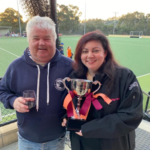 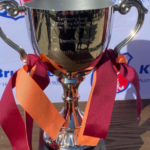