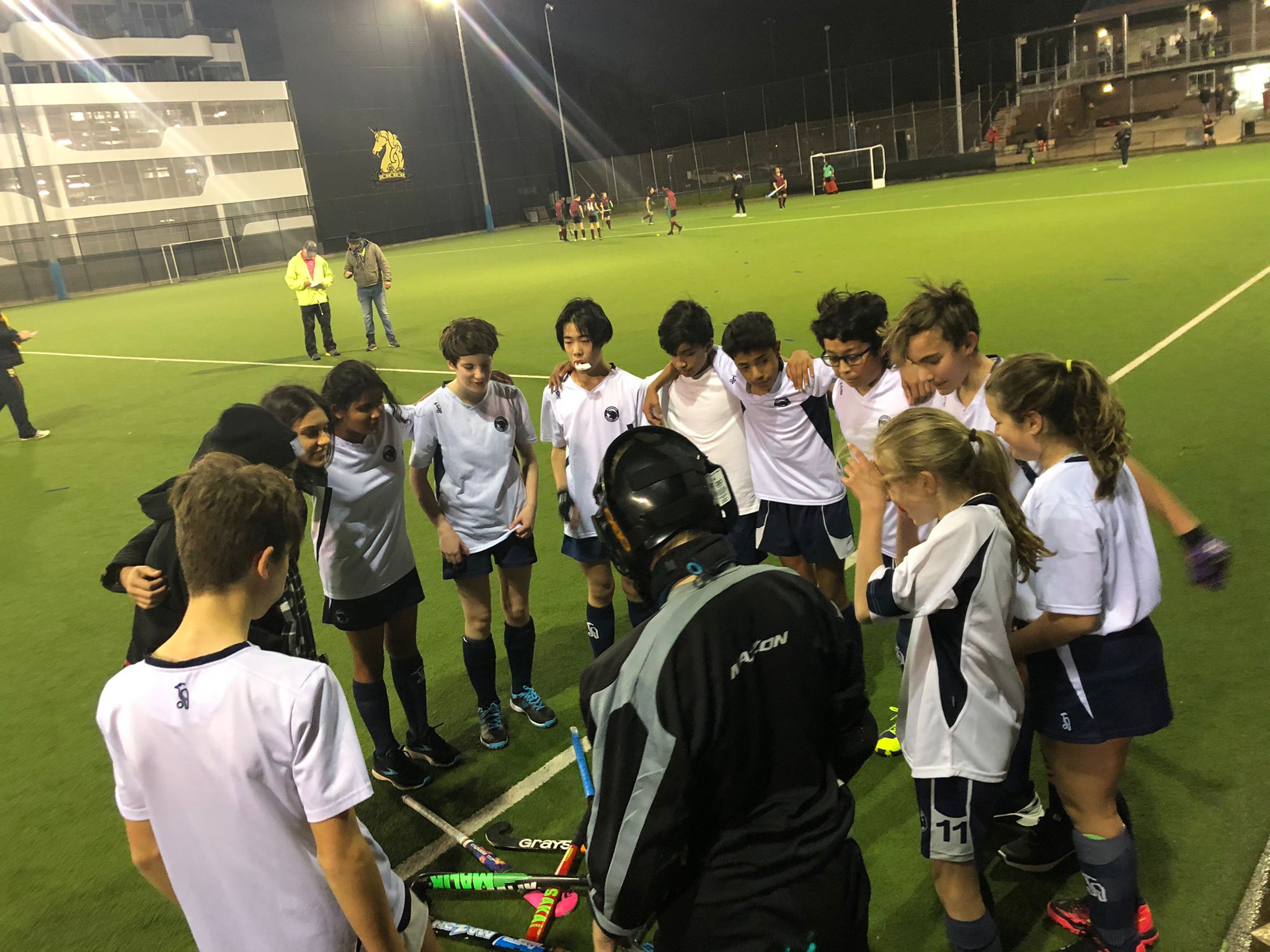 Some big results for many of our Junior Panthers in round 3 – read on to hear all the details.

The under 10 girls were fired up to get their first win of the season against Latrobe University in Round 3. The match started well and the girls were implementing the lessons on “square” and “through” passing from Thursday night’s training. Waverley were putting constant pressure on Latrobe’s defence and were able to break through for a 1-0 lead on a fast break goal from Akshaya. Some great defence from Grace continued to repel any of Latrobe’s attacks and Alexis made a great save on the line late in the first half to ensure we entered half-time with a 1-0 lead.

Latrobe came out hard in the second half and pressured our defence with renewed vigour but we continued to hold firm with some excellent tackling from Honey & Emily through the middle of the field. Jade and Zoe continued to run both forward and back and put pressure on any Latrobe player carrying the ball which ended up creating another opportunity to score to put us 2-0 up – alas the umpire said the ball did not go all the way over the line. Nevertheless, after some final nervous moments, the girls held on for the first win of their hockey careers – well done and congratulations girls!

Coming in fresh after a week off to spoil our mum’s (and having a bye) the U10 Blues ventured out to Casey for Round 3. There was an air of enthusiasm as the boys took to the park with new tactics of using the width.

Rowan proved himself to be a potent forward after spending last game in defence, snagging 4 goals in a stellar performance. Max was peppering the net and finally managed to find his way between two of the largest witches hats you’ll ever see opening his account for the season. James Green found the back of the net with a crafty shot and was also joined on the scorecard by Archer’s whose shot was too powerful for the opposition players manning the goal line. Noah continued to earn his goal-a-game average with a shot low into the corner and Deon rounded out our list of scorers with a quality finish and celebration.

With many in their first seasons, the highlight of each round is seeing the kids score their first goals in competitive hockey, the looks on their faces priceless and no doubt will be treasured by the parents and supporters for years to come. Whilst the scoreline emphasises a strong attacking performance, the work of the defence needs to be mentioned with Mair and Will providing strong resistance to the Casey attack and Ryan was a standout in the defence with terrific tackling. A comment by one of the boys on the bench gives you an insight to Ryan’s future potential: “When Ryan grows up he’s going to be the best defender in the world.” A great team effort all round and the improvement in such a short period of time is a credit to our hard working coaches.

One more great game where all boxes are ticked. We scored two goals within first 7 minutes. This gave a good boost to the team. Then we went into defence mode. Until mid-break we held on to 2-0.

Even after the break we had to play defensive for a while. There were many wonderful opportunities, our opponents missed of course and we had good defence too. Eventually in the last 8 mins of the game 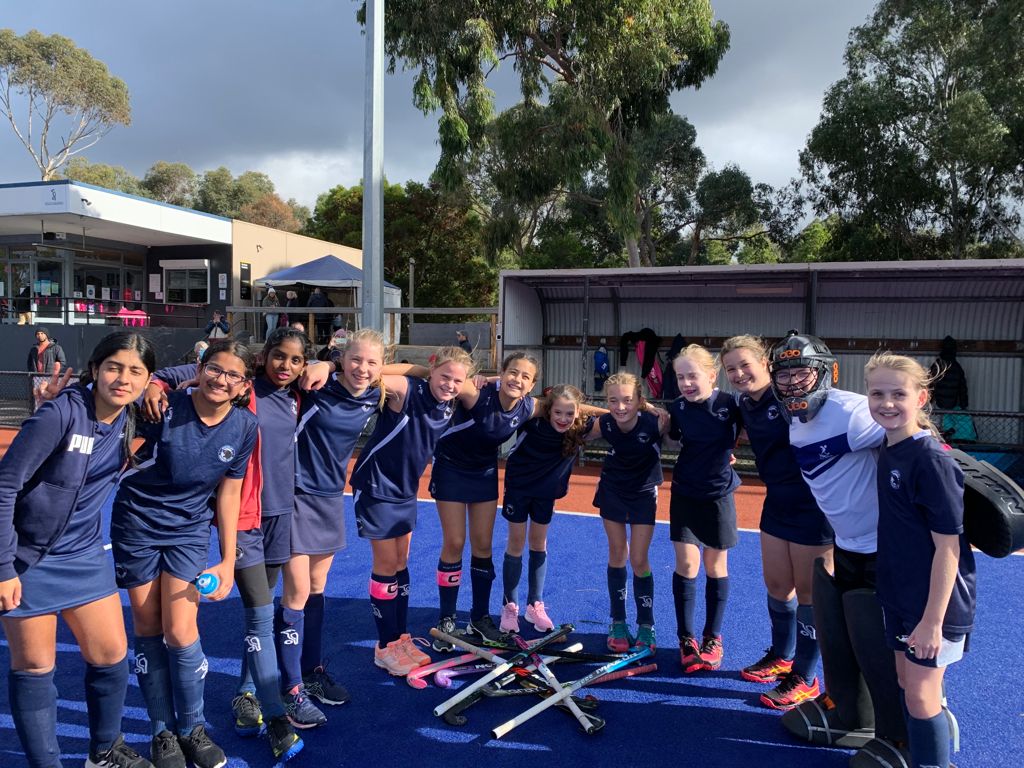 The morning started with rain and bit of hail during the warmup but the sun came out to shine for the game. We scored our first game in the first two minutes thanks to Aaliayah.

Our defense had a good work out with the Toorak goalie defending well but we still got our goals through with great passing and communication, though keeping warm on both side might have been part of the continual movement on the field.

2nd half saw lots of good tackles but our defense kept the game strong and 4 short corners in this half. This was a great game played by all the girls and the team is showing strength every week. Keep it up.

Waverley was greeted with an ominous shower of hail at Doncaster HC before the start of the game. The team defended well in the first half but Doncaster took an early lead with a single goal. The forward line of Amery, Jasper, Lachlan, Ben and Cooper were relentless in the opposition’s goal circle but couldn’t convert a goal all game.

Alex was instrumental in defence always feeding the forwards with strong hits thru Doncaster’s forward line from the circle when it was our hit. Special mention to Jack and Sam for the tireless attempts against the opposition they put into each game for their first hockey season.

The final score didn’t reflect the team’s effort and enthusiasm against Doncaster with another goal scored in the final minutes.

We welcomed Footscray for an early game at Hedley Hull Field.

Asher opened the scoring for the 3rd game in a row with a breakaway goal. The game ebbed and flowed for the next 10 or 15 mins. Zara and Chloe continue to provide us with runs and Jayana playing her best game for the club so far. Footscray scored before half time after a defensive mix up to even up the scores.

The second half was a tight affair with neither team really looking like scoring as Gemma was doing a great job however Footscray scored the winner to break our hearts and claim the victory. Special mentions to Tess who seems to be getting better with every game, Giselle who dug deep after a frustrating first half with some tough calls and played a great second half and Emily who is ever reliable in defence.

After a couple of beautiful Friday nights the weather unfortunately this week was cold, wet and miserable. It was a tough game with the teams evenly matched and both having difficulty finding the back of the net.

Luckily for us, Ming scored two beautiful goals from shots at the top of the circle. This kept us in the game and winning until the final siren when the unfortunate awarding of a penalty corner to Mentone saw them successfully convert it and the game ended in a 2 all draw.

The team showed great resilience and discipline, except for Liam who ate all the team’s lollies.

Friday night saw the Panthers travel to Melbourne High’s New York style pitch in the middle of high rise Sth Yarra. The parents were rugged up on the sideline and the team warm up run featured motivational tunes courtesy of Sandesh’s portable speaker. With a few injuries (Henry, Louis) and a camp trip (Ethan), the team were grateful to have Lexi filling in to make up a full 11.

The team got off to a strong start, Jayden scoring within the first couple of minutes, with another following soon after. A cracking corner from Sandesh gave us a 3-0 lead. There was good defensive pressure applied in the forward half forcing errors from MCC and resulting in another goal. A nice little reverse stick flick from Sandesh brought up the fifth goal by half time.

Will got the second half off to a strong start, scoring after some great passing from Maithri & Jayden. Cameron was a stalwart in defence and Kris ran the wing with increasing confidence. Asher, Kaedan & Lachie provided a solid midfield with Lachie slotting in a goal midway through the second half. MCC had the occasional sally forward but rarely troubled Ryan who resorted to star jumps to keep warm.

The Panthers kept running the whole game and were rewarded with a 13-0 victory. Go Waverley!

It was a freezing Friday night, but despite the weather we were eager and ready to win. We started the game off strong and at the 5 minute mark Neve put a goal on the board to put us in front. The game see-sawed from end to end with both teams having opportunities. With 10 mins to go Footscray got a questionable corner and converted. 1-1 draw.

Waverley controlled the game from the start, with repeat circle penetrations in the opening minutes, utilizing Bailey and Howie on the wings effectively. Southern United began the game pressing, however quickly moved to a fall away, as they struggled to control Waverleys outletting. Waverleys back 5 struggled to shift the fall away, and the game quickly turned into pin ball up and down the ground.

Despite Waverley having 51 circle penetrations, they struggled to convert this into scoreboard pressure. Waverley began to shift personnel, such as BJ making a forwardline debut and putting one in the net. Other notable performances from Wes, with 3 goals and what would’ve been an impressive heatmap, and Evan getting his first goal.

On Friday night, U16 Boys Pennant played Doncaster for the third round of the season. It was a tough game, with good performances from many players in the team. Kane had some notable attempts at goal, with good runs up the field from Liam and Lorenzo, with a series of deflections by Alex that couldn’t prevent Doncaster’s 6-0 win in the end.

With Alastair leaving the position of our coach, on behalf of the team I would just like to say thank you for everything you have done from previous years and this year. This then leads to a warm welcome to our new U16 Boys Pennant coach Boyd Millhouse. We all look forward to working with you in future matches, bringing home some wins before the end of the year.

A beautifully crisp cold night, with most parents battling the unpredictable Friday night traffic to arrive in time to play at the beautiful State Netball and Hockey Centre.

Our team kicked off the game in high spirit but unfortunately that dampered with the first goal by Doncaster within 10mins and the second and third goals a little after. But the team found their Waverley fighting spirit and kept Doncaster from scoring more with the defenders, midfielders and forwards all working well together. Waverley’s first goal came via Hamish, just before the half time whistle.

Second half went by in a blur with a couple of small injuries. All the team members played valiantly against slightly stronger hitters from Doncaster. We got close a few times but couldn’t close the deal at the end. Many beautiful saves from Ben, our goalie who did an outstanding job. It would have been a lot of pressure on him with the ball spending too much of the second half in our D.

EVERYONE in the team played brilliantly in their positions, with each player increasing their understanding of the game each game. Sadly we lost 9-1 but it is only the 3rd game of the season. After All, Waverley’s fighting spirit is strong and we will come back with all cylinders on fire. Go Wavs.