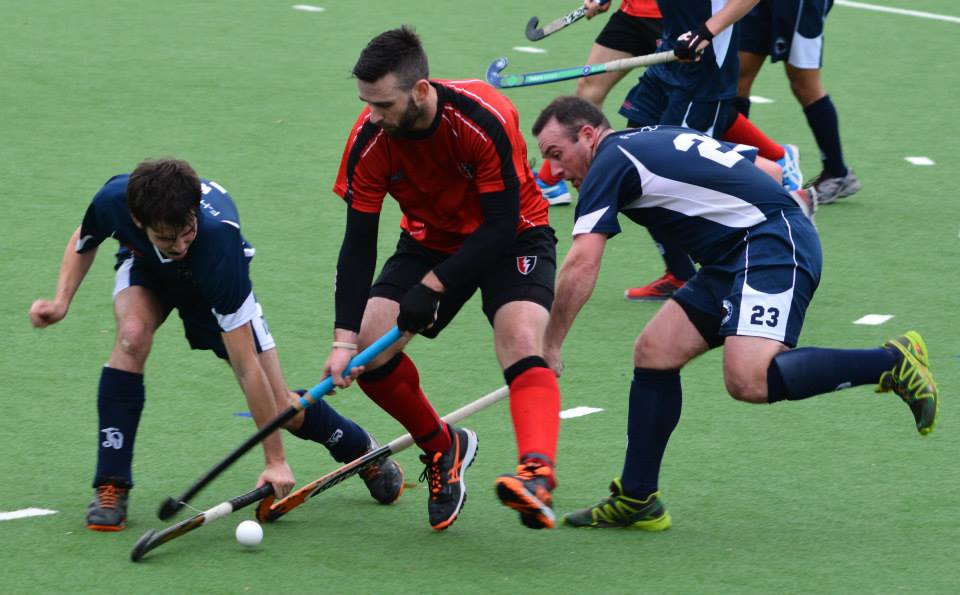 Tim Wischusen was taken from the field with a broken nose after an accidental clash with a United player. Wischusen who had been creating problems for the Southern defence took no further part in the game leaving the Panthers one down on their forward rotation.

United were able to level the score through a well-executed penalty corner which has been a strength of their season.

The Panthers continued to push forward and were rewarded with their second goal through Corey Joseph. Joseph found himself in space on the right side of the circle and slapped the ball in, over the keeper.

On the half time whistle Matt Freeman extended the lead for the Panthers pouncing on a rebound off the goal keeper. This allowed the Panthers a little buffer going into the second half.

United came out hard in the second half trying to get themselves back into the game. The Panthers defence held strong with Danny Brennan and Lachy Stienfort denying all United attacks. Ali Aquino scored his first Premier League goal showing great pose in the circle trapping the ball under pressure and pushing it past the goal keeper.

With experience striker Wischusen on the side line Nick Steffens stood up and was a real focal point up front. His efforts were rewarded when he turned his opponent inside out with great skill enabling him to enter the circle and unleash a powerful shot, leaving the keeper with no chance.

Oliver Scholfield scored just before the end of the game after a great build up from veteran Aaron Swindells . United scored a late goal but the damage was already done.

Premier League Reserve side lead by Ant Green scored a convincing 9- 0 with against Southern.